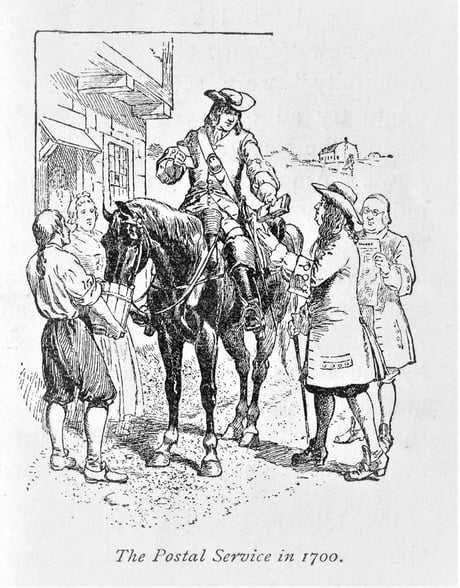 US Code Title 39 §101(a): The United States Postal Service shall be operated as a basic and fundamental service provided to the people by the Government of the United States, authorized by the Constitution, created by Act of Congress, and supported by the people.

The first post in this series proposed a new reporting structure of the US Postal Service (USPS) and the Postmaster General (PMG). The second post reviewed the Universal Service Obligation (USO) and provide a minimum standards for a new USO..

This post will reimagine what services the US Postal Service may provide in the future – within and beyond the limits of what the current laws allow.

Congress took a small, yet significant, step forward with the Postal Reform Act of 2022, by allowing the USPS to offer non-postal products and services for government agencies – from federal to state to tribal to local. For several years, people have been able to renew passports at post offices. Similarly, working with the FBI, select post offices offer fingerprinting services.

In 2020, the General Services Administration (GSA) expanded their USAccess credentialing sites to post offices. After a pilot with the USPS during the pandemic exceeded expectations, the GSA made the service permanent at 7 DC-area post offices. The program is being expanded to 6 additional cities in 2022.

Last year, the California Department of Motor Vehicles (DMV) began a pilot program that allows customers to renew their vehicle registration and access other services in several post offices. The DMV
installed special self-service kiosks in five post office locations. Customer can use the kiosks to register vehicles, obtain their driving record and get a replacement registration card or sticker.

Instead of waiting for agencies to come to them, the USPS should have a task force dedicated to seeking similar opportunities. The most logical places are agencies servicing rural areas – where a post office is the only government building for miles. More traffic will draw more business to the USPS. Plus, the additional income may offset the costs of keeping remote post offices open.

The USPS launched the “USPS Connect” shipping platform to attract more small businesses. However, many small post offices have limited hours and services, some only 4 hours a day. Having post offices open after 5:00pm on weekdays, or noon on Saturdays, may inspire more companies to use the USPS as a preferred carrier. Especially if the post office had additional shipping supplies – like packing material.

The same service would benefit the general public, and generate revenue. The local post office could stock basic stationery – pen, paper, markers, etc. In tourist locations, the USPS could partner with the local Chamber of Commerce to stock postcards. Sell the basic stuff that people need to mail.

Reinventing and repurposing retail space is just the beginning. Every week, there are news stories about letter carriers alerting police to customers who aren’t picking up their mail. Often, it is an elderly person who has fallen, and can’t get to the phone. Lives are saved.

In both France and Japan, families can pay a small fee to have letter carriers check in on family members. As the US population ages, this will become an urgent need in the near future. Why not have the 335,000 men and women going to every address 6 days a week exchange a few words with the public they serve?

Google and other information companies incur expenses for vehicles driving up and down streets to gather data. The USPS already has vehicles on almost every street, almost every day. Adding passive collection devices to those vehicles could gather information – without adding labor or expenses. Municipalities and utilities could use that information to target crews throughout the year, especially after storms. Scientists and policy makers could use the data on air quality for environmental research.

During the pandemic, communities became aware of how many residents didn’t have high-speed internet access. School districts turned busses into “mobile hotspots” for students. Post offices could provide that same service for all residents.

Lastly, postal banking should be reinstated. The “pilot program” conducted last year was poorly designed and not publicized. With input from actual retail financial experts, a new program should be launched. Taking it further, the USPS could adopt the practices of other posts, and become a pay point for public utilities and other services.