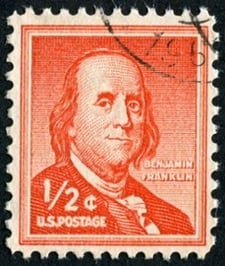 After 33 years of service with the USPS, Postmaster General (PMG) Megan Brennan is retiring. The 74th, and first female PMG, Ms. Brennan has led the USPS through a rocky few years. Most notably, she had no Board of Governors for over 18 months.

With her retirement comes an opportunity to bring new leadership to the USPS. That leader has to be willing to lead a government agency with over 600,000 employees, have a firm grasp of logistics, deal with unforeseen challenges and competitors, and react to a consistently changing landscape. Add to that congressional oversight that is often driven by politics instead of sound management, plus an executive branch that wants to privatize the organization.

Where do you find a leader willing to take on these challenges? Where do you find leaders who’ve led institutions of a comparable size? Where would you find someone whose organization has gone through such significant changes during tumultuous times?

The first step is to remember that the USPS is a government agency, not a business. The men and women who work for the USPS are public servants and federal employees. Those statements will remain true until Congress passes legislation privatizing one of our oldest public institutions.

A good place to look for a person to lead the USPS is the same place where many postal workers began their government career – the military.

For over 18 years, our nation has been at war. In addition to the generals and admirals we see on television or read about in books, there are officers who’ve been responsible for the logistics aspect of the military. People who oversee the transportation of people, ammunitions, supplies and food to units deployed in almost 150 countries across the globe.

Throughout their career, these leaders have dealt with major organizational restructuring, changing focus and overcoming morale issues. Challenges that have only increased over the past 18 years, with service members facing multiple combat tours and a dysfunctional Department of Veterans Affairs.

Good officers realize that they aren’t the expert in every area they command. They rely on subordinates to provide them information and solutions to problems. Great military leaders also listen to the troops on the ground – the people who execute the mission every day.

Most importantly, these men and women are committed to public service. The spirit of service to our country must be the preeminent requirement for the next Postmaster General. The USPS is an important part of our government that provides an invaluable service to our citizens.

The next few years will bring new challenges to the USPS. The Board of Governors should consider expert leadership ready to take command on Day One.