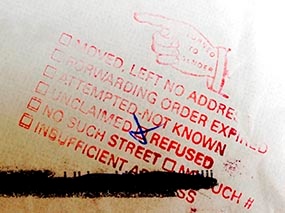 On Tuesday, February 7, the House Oversight and Government Reform Committee will hold a hearing to receive testimony on H.R. 756 – “To restore the financial solvency and improve the governance of the United States Postal Service to ensure the efficient and affordable nationwide delivery of mail, and for other purposes” – also known as the “Postal Reform Act of 2017.”
Scheduled to appear before the Committee are people who’ve expressed the need for postal reform in the past, including Postmaster General Megan Brennan and Robert Taub, Chairman of the Postal Regulatory Commission. Their testimony will probably be similar to past performances before this committee and the Senate Homeland Security and Governmental Affairs Committee. Reform is needed, and the unintended consequences of the Postal Accountability and Enhancement Act (PAEA) of 2006 must be remedied.

At first glance, it would appear that H.R. 756 would fill the bill. With just a few minor changes, it’s a refiling of the Postal Reform Act of 2016 (H.R.5714). And just like last summer, the bill has bipartisan support. The major provision include:

Last year, after H.R. 5174 passed out of committee quickly, I wrote that the bill was a reassuring sign that Congress is headed in the right direction. In reality, they weren’t moving at all. First, Congress went on summer recess, returned to pass a funding bill, then recessed again for the election. A brief lame-duck session in December included no action on postal reform.

With continued bipartisan support, some people are hopeful that this time reform might become a reality. I’m not one of them. And it’s not just that I’m a die-hard skeptic when it comes to politics. Although that does influence my outlook.

As I explained to Ian Kerr of the Postal Hub Podcast, comprehensive postal reform faces a dim prospect of passing. The principle reason comes down to one word – Medicare. A key component of H.R. 756 is addressing the issue of retiree health benefits funding by automatic enrollment in Medicare. And the responsibility for overseeing Medicare comes under a different committee – the Ways & Means Committee.

In an interview last year, a spokesperson for the Ways & Means Committee expressed several concerns about the Postal Reform bill, calling it a “raid on Medicare” (even though employees of the USPS pay into Medicare today). And since the election, Speaker of the House Paul Ryan has stated several times that Congress needs to overhaul Medicare. That’s on top of the pledge to repeal and replace the Affordable Care Act ("ACA"). All this must take place before the bill reaches the Senate.

Medicare and the ACA are political land mines. The split isn’t just between Democrats and Republicans, as there are different opinions within the parties. Some Republican governors are asking Congress to leave the ACA in place until the replacement plan is finalized. Plus, there’s a common characteristic of all Medicare recipients – they usually vote. Until these issues are resolved, it will be difficult to get the rank-and-file members to go along with legislation placing more people on Medicare’s rolls.

The USPS needs postal reform to free up resources to make the investments needed for the future. Most people will agree that H.R. 756 – the Postal Reform Act of 2017 – is a good place to start. But just because the legislation has bipartisan support and is good for the USPS, doesn’t mean it will get passed. With conflicting priorities among Congressional leaders, this bill will probably end up being stamped “Return to Sender”.

PS – We’ll keep tracking progress of the bill, and report on any developments.