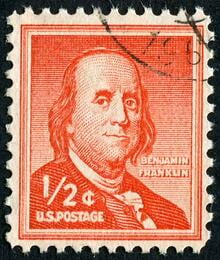 On Wednesday, July 29, 2015, the Postal Regulatory Commission (“PRC”) issued Order Number 2623 regarding the exigent rate increase proposed by the United States Postal Service (“USPS”) in 2013. The purpose of this order was to resolve the issues remanded back to the PRC by the US Court of Appeals (“the Court”) ruling on June 5. Under this order, the exigent rate increase will remain in effect until the USPS recovers an additional $1.91 billion.

As we explained in an earlier blog post, the Court issued a split decision on cases brought by the USPS and mailing groups contending that the PRC’s December 24, 2013 order on the exigent rate increase was flawed. The PRC based their decision a concept called the “new normal” after the Great Recession of 2007-2009. The “new normal” concept means the economic disruption had ended, the rate of change on USPS volumes is positive, the USPS has the ability to predict or project volumes, and the USPS demonstrates the ability to adjust operations to the lower volumes. The Court ruled that the PRC was within its discretion in applying the “new normal” rule, and denied the USPS’s petition on that matter.

However, in determining the mail volumes lost, the PRC applied a “count once” rule. The example in the decision is a worker who was laid off has to cancel her cable and no longer pays that monthly bill. The PRC only counts that change as a loss of 12 pieces, limiting the loss to only the first year. The USPS argued that the change should be extended for as long as it takes the worker to get a new job.

The Court stated that the PRC could have used the “new normal” rule to better determine how long they should have counted lost mail. The “count once” rule was vacated and remanded the decision to the PRC “for proceedings consistent with this opinion.” The USPS requested that the PRC expeditiously establish procedures consistent with the court orders.

Over the next several weeks, the PRC received comments from the USPS, postal unions, and various mailing organizations. Motions included redefining the “new normal”, implementing new methods of calculating losses, questioning whether or not the exigent rates were “reasonable and necessary” and assuring that the USPS didn’t over-collect lost revenues. Opinions ranged from the USPS stating it was entitled to $11.4 billion in lost revenue to groups stating that the original losses were overstated.

In their order, the PRC broke out the arguments into 5 different categories, and addressed each individually. In summary:

The PRC’s order was consistent with the Court’s ruling. The commissioners accepted some of the arguments from each of the commenters, while rejecting many suggestions. Look for press releases by most groups simultaneously praising and criticizing the decision.

What does this mean for mailers?

First, and most importantly, postage rates will remain the same for the rest of 2015. Based on current volumes and trends, it will take the USPS approximately 8 to 9 months to collect the additional $1.191 billion in losses. That means that the exigent rates should expire in the April 2016 timeframe.

The last rate increase for market-dominant products went into effect on May 31, 2015. If the USPS requests an increase for April 2016, it would go into effect at the same time that the exigent rates expire. The result would be a probable decrease in postage rates by a small percentage, perhaps 3%.

Hopefully, the USPS will share their plans well in advance of the 45-day notice required by the PRC.