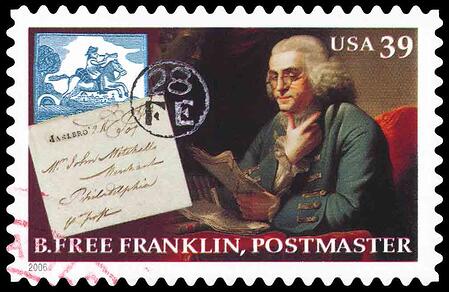 The day before Thanksgiving, the Postal Regulatory Commission (PRC) published Order No. 6047 – Notice of Proposed Rulemaking for Regulations Pertaining to Section 601. The technical title veils the importance of the ruling. The section being discussed – 39 U.S. Code 601 – describes when the letter monopoly of the US Postal Service (USPS) doesn’t apply to a mailpiece. This is the core of the Private Express Statutes.

In early 2020, the PRC sought input on what regulations may be necessary to carry out Section 601. Along with other respondents, The Berkshire Company provided comments. There was disagreement among the parties, including the USPS.

While Order No. 6047 is 22 pages, the actual proposed regulatory amendments are less than two pages. The change first affirms the authority of the PRC to interpret Section 601. This is followed by clarifying the roles of the USPS and the PRC, specifically the following:

(a) The Postal Service may not promulgate any new regulations, issue guidance, or enter into agreements purporting to suspend or otherwise define the scope of the letter monopoly.

(b) The Postal Service may not promulgate any new regulations or issue guidance purporting to interpret 39 U.S.C. 601.

(c) The Commission has the sole authority to promulgate new regulations necessary to carry out 39 U.S.C. 601.

These restrictions imposed on the USPS and the declared authority of the PRC are written in unambiguous language. Based on reactions to prior rulings from the PRC, it’s reasonable to expect objections from the USPS, their competitors, and certain industry groups. While anything is possible, the new rules will probably stand.

Even before the legislative changes in 2006, the PRC was recognized as a professional board that minimized political influence. While not everyone agrees with every decision, the rulings have been based on careful analysis and deliberation. Often that means considerable time elapses from when an issue is raised, and a ruling is published. This lag should be viewed as a positive, not a negative.

What has consistently been impressive is the quality of people attracted to the PRC – both commissioners and general staff. Listening to hearings, presentations and webinars, the passion for postal issues is evident. One conversation on the potential definition of the universal service obligation included referrals to laws and court decisions from the 1800s.

In an era of shrill division, the current board is one of the few examples of bipartisanship in our nation’s capital. Discourse isn’t about political party, but about the law and postal policy.

The proposed postal reform bills in Congress can further the independence of the PRC by changing the funding source. Currently, the PRC is funded through postal dollars and its budget is subject to approval by the Board of Governors. Congress should establish a budget for the PRC funded from taxpayer dollars.

Congress should also include greater transparency as part of the reform. All reports from the USPS to the PRC should be public documents, posted on the PRC website for universal access. This will become even more important as the USPS implements aspects of the “Delivering for America” plan.

As evident in the recent decisions to lower delivery service standards – against the explicit opinion of the PRC – the USPS leadership will stick to the “letter of the law”. Even when a course of action may hurt the mailing industry. An assertive PRC is an important counterbalance to the USPS Board of Governors and senior management.