Mail and the Misinformed Media 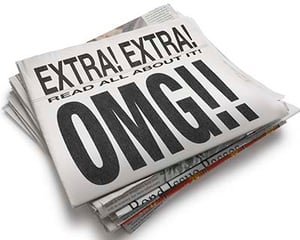 Last week saw the release of two important reports regarding the United States Postal Service (“USPS”). The first was the annual Financial Analysis of United States Postal Service Financial Results and 10-K Statement by the Postal Regulatory Commission (“PRC”). This lengthy report is representative of an audit a public corporation would present to its stockholders. On page 2 (of 76), the PRC summarizes their findings stating:

"Using a qualitative assessment of the Postal Service’s finances, the Commission has determined that:

A few days earlier was the publication of an analysis by Robert J. Shapiro of Sonecon, LLC, an economic advisory firm. Entitled The Basis and Extent of the Monopoly Rights and Subsidies Claimed by the United States Postal Service, the report examines the indirect subsidies the USPS receives from the federal and local governments. These subsidies include exemptions from real estate and income taxes. The author also claims that the USPS saves $14.9 billion dollars per year due to the monopoly on access to mailboxes. And despite these subsidies, the USPS is losing money.

The summaries and conclusions of these reports paint a dismal picture of one of our oldest and most trusted public institutions. Because the subject is the USPS, one would hope that the national and local news outlets would run stories explaining the implications to the general public. Maybe there would be in-depth analysis of the situation and what actions are being taken by USPS leadership.

But that didn’t happen.

Newsweek did run an opinion piece online – “Do We Really Need a Postal Service” by Kevin Kosar. He published the same essay before on the Brookings Institute website with the title, “The U.S. Postal Service's existential problem.” Kosar laments the wasteful, pollution-causing practices of mailers and praises the cost-free, no-environmental-impact internet communication superhighway.

On the local National Public Radio affiliate, WGBH-Boston, host Emily Rooney offered her opinion – “Ted Cruz wants to abolish the IRS. I want to abolish the USPS.” Everything important she receives through email or online. She sorts her physical mail directly into her recycle bin. I wonder if that includes her fundraising letters from NPR and WGBH?

No analysis. No research based on facts. Not even commentary discussing the implications about Mr. Shapiro’s analysis being funded by United Parcel Service – the largest competitor to the USPS. Just recycled essays and uninformed rants.

Perhaps there are some journalists out there who do want to publish stories that provide information and context for their readers about an important government agency. If so, here are a few facts to help you get started:

The United States Postal Service is an essential component of our country’s economy. There are legitimate issues about the problems facing this great institution. But it takes more than reading report summaries to learn the necessary details.