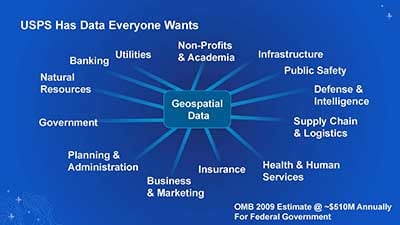 Since 2001, John Callan has worked diligently to bring attention to the long-term future of the US Postal Service (USPS) and the role it plays in the world, our country, our economy and our lives. That work continued with the recent “Postal Vison 2020 / 9.0: Embracing the ‘USO’ – Universal Service Opportunities for the Global Post-Parcel Ecosystem”.

Taking place in Arlington, Virginia, June 5-7, 2019, the conference brought together a wide-range of presenters including postal executives, union leaders, government officials, private-sector principals and consultants. The discussions covered the world postal system to the obligations and opportunities facing the USPS, to the “first”. “middle” and “final” mile of deliveries, to the growing issue of e-commerce returns. There was no shortage of promising ideas, and the questions from the audience revealed that many of those attendees could be presenters as well.

While the primary theme of the conference was about reexamining the Universal Service Obligation (USO), the sub-theme of “zoom-out/zoom-in” was adopted by many of the speakers. Discussed in the opening presentation by John Hagel of Deloitte, “zoom-out/zoom-in” is the innovative approach leaders must take to prepare their organizations for the future. First, leaders must develop a vision that presents an image of the world that they want to create 10-20 years from now (zoom out). With this in mind, the organization can decide what steps it needs to take in the next 6 – 12 months (zoom in) to start the journey towards that vision.

While it was good to listen to so many industry experts, including several from other countries, it was especially helpful to hear from two key individuals – David Williams, USPS Board of Governors; and Robert Taub, Chairman of the Postal Regulatory Commission (PRC). Even with little hope for any meaningful legislative reform, these two executives will continue to work hard to improve the USPS. While one represents the board of directors and the other the government regulator, they do not view each other as adversaries, but allies in the mission to serve all US citizens.

As part of a panel on the world postal system, Governor Williams extended the idea of cooperation to the other posts. Combined, the posts create a network effect that transforms every doorway into a portal to the world. Through greater collaboration and cooperation, the USPS and other posts can share data and practices to improve the experiences for all citizens – regardless of country. He suggested that the posts work together to define “Perfectly Prepared Packets” (P3) to allow for unimpeded, but secure, cross-border transportation of goods.

In his keynote address, Chairman Taub stressed the need to clearly define the USO, as that will define what the nation needs – and what that will cost. Knowing what the USO costs leads to clarify expectations on how it will be funded. While legislative proposals receive a Congressional Budget Office (CBO) score, that only indicates the impact on the federal budget. Chairman Taub pointed out that none of the current legislative proposals include a cost-benefit analysis on how they would impact the USPS and their customers.

During one of the sessions, an audience member pointed out that we were hearing a lot of great ideas, they would require legislative reform. Congress has shown that without a crisis, they won’t act, nor pass any bills. What are we to do in the meanwhile?

As an optimistic pessimist, I was heartened by the presentation by Tripp Corbett from Esri – the geographic information system (GIS) company. Tripp challenged the audience to see the USPS and its assets as a platform – a platform to collect and share data. Valuable data. Profitable data.

Mr. Corbett explained that for many of the proposed ideas, the USPS will have to make minimal or no investments. Companies and other government agencies would pay to leverage the postal infrastructure through creating a universal mount standard for USPS vehicles or allowing leasing of space in postal facilities. Potential opportunities include:

In each of these opportunities, the USPS only provides the mount or the floor space. By doing that, they transform their physical assets into a digital platform that others pay to use, just like your iPhone or Android device. A potential influx of billions of dollars, without impacting the primary mission of the USPS.

These suggestions, and others like them, will come from outside the postal industry. It’s why we need to invite more people in the conversation. It’s why events like Postal Vision are important. And why I know I’ll be Postal Vision 2020 – in 2020.