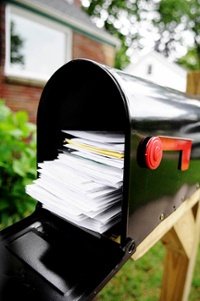 Last week, I attended the US Postal Service (USPS) Mailers Technical Advisory Committee (MTAC) open session in Washington DC. There was no “groundbreaking news” from the USPS leadership, but there were some positive updates on several initiatives.

Postmaster General (PMG) Megan Brennan opened the session discussing public policy. Displaying the positive outlook required of leaders, PMG Brennan said she’s optimistic that the nominees to the Board of Governors will be confirmed by the Senate before either the July or August congressional recesses. She also thought the recent hearings would help spur movement towards legislative postal reform. (Many attendees didn’t share that optimism during conversations held later.)

PMG Brennan also stated that her team is in the final review of the “10-Year Plan” for the USPS. As in her congressional testimony, she emphasized that the root cause of the USPS financial situation is a flawed business model, and that she and the Board of Governors have a fiduciary responsibility to consider all options. No specifics were mentioned, instead a general statement that the USPS would leverage all physical, digital and IT assets to close the $125 billion budget gap. When asked for a publication date, PMG Brennan stated that the plan would be released “in due time”.

Vicki Stephen, Director of Mailing Services, shared the growing success of the “Academic Outreach” program. Through the Postal Customer Council (PCC) network, the USPS has developed college level course content about direct mail. As of the spring of 2019, the program has been taught in 15 courses taught at 7 colleges. Those numbers will jump in the fall to 50 courses at 30 colleges. An important program to teach the next generation of marketers about the power of physical mail in an omnichannel campaign.

Growth was also the word for the National Postal Forum (NPF) and Informed Delivery updates from Jakki Strako, USPS Chief Customer and Marketing Officer. There were over 3,700 industry attendees at the NPF, including 30% first timers. This is the best industry attendance in 10 years. The number of Informed Delivery users is over 17 million – exceeding the monthly goal of 500,000 new users. The new plan is to be able to handle a million new users a month.

Drones aren’t just for the air or the streets, as the USPS will be deploying Automated Guided Vehicles (AGV) in their processing plants. Chief Operating Officer David Williams explained that the $1 billion investment will integrate vision technologies, machine learning and artificial intelligence to move pallets inside plants. The goal is to reduce allied labor costs by 40%. The plan calls for 136 AGVs in 10 sites, with the first site live in September 2019, and 6 in production before the 2019 peak season.

The guest speaker was Sam Meek, Founder and CEO of Sandboxx – a unique app that allows you to send letters and photos to a recruit in basic training – from your smartphone or similar device. As any veteran will tell you, letters from home provide much needed support during the trials of boot camp.

Sam – a Marine veteran – and his team collect the digital information through the app, then print and insert letters for the recruits. The letters are sorted by post, and even fine-sorted by training battalion. Sandboxx also includes a blank piece of paper and an envelope so the recruit can write back. MTAC attendees were given the opportunity to draft and send a letter to a Marine in basic training during the meeting. Reinforcing the power of mail – for every generation.

Special mention has to be given to Erv Drewek, the Postal Affairs Manager at Freedom Graphics. A fellow Army veteran, Erv introduced Sam by recounting his own experience with letters from home – including a “Dear John” letter” – while at basic and later in Korea. Known for his expertise in the postal industry, Erv also proved to be a master storyteller. It was a perfect introduction.

There are still many concerns surrounding the USPS. The nominees for the Board of Governors haven’t been approved by the full Senate. While pieces of the 10-year plan were leaked to the media, we still don’t know what else the USPS leadership is proposing. And every international mailer has their eyes focused on the Extraordinary Congress of the Universal Postal Union this September.

However, it was good to be surrounded by industry leaders who are taking steps now – at the USPS and private companies – to make changes today.