Postal Reform: No Hope in Sight 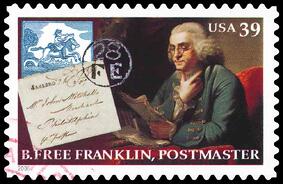 For several years, the leadership of the United States Postal Service (USPS), the postal employee unions, and the mailing industry have clamored for postal reform. Under the Postal Accountability and Enhancement Act (PAEA) of 2006, the USPS has had to pre-fund future retiree health benefits, creating a $5 billion annual liability. Adding to the problem, the USPS has overpaid billions into the Federal Employee Retirement System. And mail volumes have declined (but not as much as many people think).

Congress has responded quickly – by doing nothing. There are over 30 bills in the House and Senate dealing with different aspects of postal reform. Only two bills – H.2748 and S.1486 – have been approved by the respective oversight committees. That was months ago, and neither have been brought to the floor for a vote. Probably because there are competing bills in each chamber that have more supporters, including a lot of bipartisan agreement.

The USPS Board of Governors is the equivalent of a board of directors of a private corporation. The Board is composed of the Postmaster General and 9 members who are appointed by the President with Senate approval. Since President Obama has taken office, the terms of 5 Governors have ended, and he has submitted the names of Republicans and Democrats as nominees. And waited. And waited.

Last week, the Senate held a confirmation hearing for 4 of the nominees. The committee chairman, Senator Carper, began the hearing with a statement on the importance of the USPS to the nation’s economy and the millions of people who work in the print and mail industry. He was the only member of the committee present. His Republican co-chair’s plane was delayed, but there was no explanation for the absence of the rest of the committee. Nor has a date been set for a vote on the Senate floor to finalize their confirmation.

The passage of a postal reform bill will be a contentious issue. While everyone agrees change is needed, there’s little agreement on what those changes should look like. It will take tremendous effort and compromise by all parties to create a solution that will resolve at least some of the issues impacting the USPS. It will be hard work.

However, the Congress has allowed the USPS Board of Governors to dwindle to less than half of its required appointees. The confirmation process wasn’t held up by the filibuster or other procedural delays. It’s just that nothing happened. Two more Governors’ terms expire in December.

If the routine procedural confirmation of these nominees can’t be completed in a timely manner, if committee members can’t make the time for these hearings, is there any hope for comprehensive postal reform in the near future?