2017 Presidential Nominees to the USPS Board of Governors: Progress or Politics? 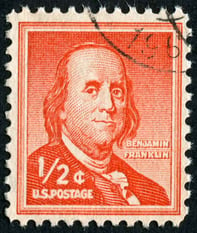 Last week, President Trump nominated 3 people for the 9 open seats on the United States Postal Service (USPS) Board of Governors (Board). Because the Senate hasn’t confirmed any nominees since 2009, there are no presidentially-appointed members of the Board. The terms were designed to be staggered,  so there are several open seats with terms expiring in the near future.

The new nominees represent a mix of political and management qualifications.

What’s next? The nominees will be called to testify before the Senate’s Homeland Security & Government Affairs Committee. If approved by the committee, then it’s on to the full Senate for a vote. That’s how far in the confirmation process each of President Obama’s nominees progressed, and that's where the nominations died.

In 2016, the nominees were presented together as a slate. One senator – reportedly Senator Bernie Sanders (I-Vermont) – put a hold on the nominations. Because Senate rules allows such “holds” to be anonymous, it’s been impossible to confirm who stopped the vote. However, Senator Sanders was critical of several of the nominees, and his office would never confirm or deny his involvement.

As one of the current nominees – Mr. Duncan – is a prominent Republican and the chair of the American Crossroads Super PAC, it’s likely the 3 nominees will again be presented on a single slate. In that case, it’s highly probable that several Democrats will block the nominations. And the governance crisis of the USPS will be prolonged.

Only time will tell.