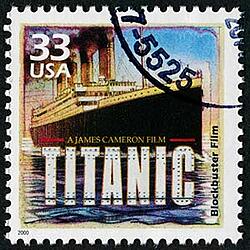 On Tuesday, December 4, 2018, the Task Force on the United States Postal System released a report entitled “United States Postal Service: A Sustainable Path Forward”. The report mostly recycles ideas from the past, leaves out many key facts and initiatives, and includes one very silly proposal. The list of recommendations is very generic, with no defined path forward.
The United States Postal Service (USPS) is at a critical financial crossroads. Burdened by mandated prefunding requirements for future retiree health benefits and hamstrung by a restrictive rate-setting process, the USPS needs reform. There was some faint hope that when the President appointed the Task Force in April, that the administration might be interested in helping the USPS. Those hopes faded in June, when the White House proposed to restructure and privatize the USPS in a report entitled “Delivering Government Solutions in the 21st Century”.
The Executive Order forming the Task Force required that a report be completed by August 10, 2018. Without any explanation, that report has not been made public. As made clear in Secretary Mnuchin’s introduction, the report released on December 4th is a separate document.
While the USPS is part of the Executive branch, it is an independent agency. While the President has the authority to nominate members of the USPS Board of Governors and the Postal Regulatory Commission (PRC), he can’t direct the USPS to take any specific action. As such, this Task Force report is a policy paper with no legal implications.
The report correctly identifies that the Universal Service Obligation (USO) needs to be clearly defined. In fact, the USO discussion is in every section of the report – the term “USO” appears more than 65 times. However, at no point does the Task Force propose a specific definition that could be used by the USPS. It also incorrectly categorizes defining the USO as an “Administrative” policy action, forgetting that Congress has included the requirement for 6-day-a-week delivery in the funding authorization.
The report points out that the current USPS pricing model is insufficient to meet rising costs. However, the report doesn’t discuss the PRC’s proposed rulemaking after completing the mandatory 10-year review of the system for regulating postage rates for Market Dominant products. The proposed pricing rules were published on December 1, 2017 – over 4 months before the Task Force was formed. An independent analysis of how those rules would potentially impact the financial situation of the USPS would be helpful.
When considering structure and costs, the report includes the oft-quoted statistic that labor constitutes 76% of the USPS expenses, and that this is much higher than private carriers. The report doesn’t mention that FedEx and UPS both have global cargo airlines, move fewer pieces, deliver only 5-days a week (without a surcharge), and don’t go to every address in the United States. While the report does mention the future fantasy of drone deliveries, in the present time, it takes people to deliver to 159 million addresses.
Which leads to the silly proposal mentioned earlier. The Task Force recommends that the USPS eliminate collective bargaining over compensation. This is interesting, as the report points out in an earlier section that “Postal salaries have risen at slower rates than those in the private sector.” The report also claims that “statutory restrictions that limit the top salary of the USPS’s critical senior management also restrict its ability to attract and keep leadership.” Apparently only executives in the government sector should make more money, not the rank and file employees.
While the report doesn’t outright call for privatization, it does include the canard that through privatization, foreign posts have been able to “lower costs while improving service quality”.  However, even with the 2019 price increase, USPS rates remain significantly lower than most foreign posts. Here are the prices for a First-Class letter, in US Dollars (exchange rates on 10/15/18):
(Also, if the Europeans are correct on mail, are they also correct on universal healthcare, a stronger social welfare net and higher taxes?)
Interestingly, the report also ignores the bipartisan postal reform bills currently in the Congress. Two bills – HR 6076 and S 2629 – are both named the Postal Reform Act of 2018. Each of these bills provide proposed solutions to retiree healthcare funding, postage rates, and the USO. Absence of this legislation in the report is a glaring error.
A similar error of omission is in the section entitled “Role of the USPS in the Economy”. A well-known statistic (it’s even on the USPS website) is that the print-mail industry employs 7.5 million people (6% of all jobs) and has an annual spend of $1.4 trillion (8.6% of the GDP). However, the report fails to mention how any of the proposed changes would impact those jobs or spending.
A possible cause of these glaring errors – it appears that the Task Force outsourced this report to a contractor. In April, the Treasury Department awarded The MITRE Corporation with a $1.6 million contract  for a “Public Policy Report on Options for Reforming the USPS and the Provision of Postal Services and Package Delivery in the U.S.” It’s confounding that Secretary Mnuchin would select a contractor with no prior experience in the postal industry to conduct this analysis.
Some type of postal reform is needed. While this report adds no substantial innovative ideas, perhaps its publication will keep the conversation going in the press and in Congress.
Meanwhile, the rank and file of the USPS will continue delivering the mail.