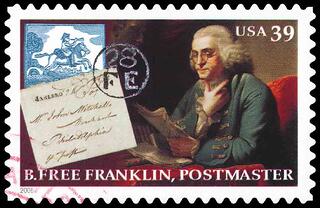 On Friday, December 1, 2017, The Postal Regulatory Commission (PRC) announced their findings and proposed rulemaking after completing the mandatory 10-year review of the system for regulating postage rates for Market Dominant products. The review and the proposed rulemaking documents can be downloaded on the PRC’s website.

When Congress passed the Postal Accountability and Enhancement Act (PAEA) in 2006, the annual increase in postage rates for market dominant prices was tied to the Consumer Price Index for Urban Customers (CPI-U). The CPI-U excludes rural populations and represents approximately 80% of the population.

There were 9 stated objectives of the new system:

Also included in the PAEA was a directive for the PRC to review the system after 10 years to determine if the objectives were met, and make any recommendations for changes. The US Postal Service (USPS) leadership (and some mailers) had hoped the review would be published before the proposed rate increases for 2018 were filed. As that didn’t happen, the new rates were proposed and approved under the original PAEA rules.

The PRC came to a split decision - that some aspects of the system of regulating rates and classes for market dominant products have worked as intended by the PAEA. However, the system has not achieved the overall objectives. The commissioners concluded:

With these findings in mind, the PRC has recommended the following changes:

What This Means for Commercial Mailers

The PRC will accept public comments on the proposed rules until March 1, 2018. The final rules will be published some time in 2018 – although the PRC set no deadline for themselves. There’s been little movement in Congress on legislative reform, so some form of the proposed rules will probably be in place for the next rate hike.

Past posts on this blog have called for ending the CPI Price Cap. These opinions have generated numerous private and public comments – some people offering moderate support, and many people strongly disagreeing with the suggestion. The PRC’s proposal falls somewhere in the middle.

While not the “outrageous hike” reported in the media, the proposal maintains a price cap, with a modest 2% above the CPI-U. In FY2017, controllable losses for the USPS were around 1.8% of total income, so a 2% increase in pricing would’ve led to an almost break-even balance sheet. Although 2019 is a full year away, planning for CPI+2% is a reasonable strategy for commercial mailers.

Critics have pointed out that while the USPS has gained some efficiencies, they haven’t done enough. As there’s no available “stick” to use against USPS management, perhaps the “carrot” of additional price increases for meeting certain service levels will work.

With the slow, but steady, decline of the volumes in the market dominant classes, and the continued increase of parcels, there needs to be regular reviews of attributable costs. However, an additional 2 percentage points, on top of a CPI+2% increase may be too much for mailers and shippers to absorb. The unintended consequences may cause volume shifts among all classes.

Periodicals, even in the Age of the Internet, rely on the USPS for timely distribution of information. The USPS and industry need to work collectively towards a worksharing solution that provides efficiencies and low prices.

There’s an old saying that "the sign of a good compromise is that no one is happy with the result". Two members of the PRC, Commissioners Hammond and Langley, offered “Supplemental Views” on the findings. The Postmaster General released a statement reaffirming her position that “any price cap is unnecessary”. Different mailers’ associations have assailed the decision to increase the price cap as a death knell for the mailing industry. The general media have pointed out that the decision will amount to “millions of dollars” in increased rates, with no mention that the USPS collects over $60 billion in postage fees in FY2017.

In related news, the Postal Service Reform Act of 2017 (H.R. 756) lies dormant in the House of Representatives. The President has nominated 3 people to fill the 9 vacant seats on the USPS Board of Governors. As of December 1, 2017, the Senate’s Homeland Security & Government Affairs Committee hasn’t scheduled a hearing to review the nominees.