A Culture of Service – Still Indispensable After All These Years 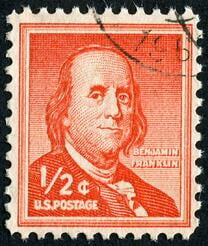 This weekend, I had to search through some records from the 1990s. Among the papers was the first speech I ever gave for the U.S. Postal Service (USPS). The District Manager for Boston asked me to present to a gathering of his postmasters and station managers. In particular, he wanted to hear about how my company was impacted by the service we received from the USPS.

While I wrote this speech over 2 decades ago, the message holds true today. The industry and the USPS must work together to provide the best possible service to our mutual customers.
Note: In September, 1994, I was a manager at a property and casualty insurance company located in Boston. Marvin Runyon was the Postmaster General.

I would like to thank you for allowing me the unique opportunity to share my views on service in this forum.

Webster defines service as “to furnish or supply with something needed or desired”. I think we need to take that a step further, and for today, I would like to define successful service as “providing customers with what they need or desire for a reasonable price and in a timely manner”.

While I think that both of us must struggle independently with rate-setting commissions and an unforgiving media, the insurance industry needs the assistance of the Postal Service to be successful in servicing our customers. One of the most important aspects affecting our business is the efficient flow of business mail through the postal system. The policies, endorsements, bills, and claim information that we send to our insureds are vital links tying us to our customer base. If an insured waits too long for that information to arrive at their home, you can be sure that their comments about both our industries are anything but complimentary. Also, the return of information back to us, especially their premium payments, is critical to our success in an ever-competitive environment.

While at the National Postal Forum this week, I had the opportunity to hear the address given by Postmaster General Runyon. In his speech, Mr. Runyon emphasized the power of mail and the many benefits from the reinvention of the Postal Service over the past two years. He stressed that to continue to succeed, he would need the partnership of employees, unions and management associations and the support of business mailers and their trade associations.

I can tell you that when talking with other mailers at the forum, it is evident that most mailers do support the changes taking place, and do want to be a part of that partnership. Through interaction with our account representatives, through involvement through PCCs and our trade associations, and by keeping an open line of communication with our local postal stations, we are trying to be a part of the solution.

Furthermore, I have proof personally that this partnership works. Recently, my company hired a new supervisor for the mail center. In her first week at work, she was told that most our mail was arriving too late in the day. This prevented our accounts receivable unit from processing the incoming checks, and delaying deposits for up to a day. She was told that this was unacceptable, and of course to fix it immediately.

As we use a private courier to pick up our mail at the Essex street station, she phoned them first. The courier said that the mail wasn't ready at the 8:30am pick-up, and there wasn't anything they could do about that. As she was new to our company, and the mailing industry, she phoned me next, and asked what to do. I said that this was not usual, gave her the telephone number for the station, and told her to ask if there was a problem with our mail. I also gave her our account representative's phone number, and suggested that she make him aware of the problem.

That day, she received a phone call from Owen Knight, the USPS Station Manager of the Essex St. Station. He informed her that he had noticed some problems with our courier service. The courier service was sending different messengers each day, and some messengers would leave one of the bags, saying that they didn't have a car to carry that much mail. Further, he pointed out that one of our lock \boxes was filling up, and he didn't think it was being picked up regularly.

Our courier service responded by saying that they didn't have the keys for the box. When the supervisor called Mr. Knight back to verify this claim, he informed her that not only did they have a key, but that a messenger had picked up the box that day. The supervisor asked Mr. Knight to change the box locks, and not to let the courier pick up our mail, as they were going to be fired and replaced with a competitor. This request was carried out immediately, and we resolved the issue.

The next day, I walked the supervisor up to the Essex station so she could meet Mr. Knight and thank him in person. Not only was she received in a friendly and professional manner, but Mr. Knight took the time to give her a tour of the station, showing where our call bags were prepared, and where our lockboxes were located.

I think that this example is proof of the benefits of partnership for both the Postal Service and their business customers. For the customer – we could isolate a problem very quickly, fire an incompetent vendor, and start receiving our mail on a timely basis. And let’s face it that supervisor is starting her career at our company with a reputation as someone who can get something done.

I also think that there are benefits for the Postal Service in this example, too. This supervisor, new to the mailing industry, now has a new-found respect for the Postal Service, and knows that there are people here who want to help her. Further, because this issue involved payments from our insureds, it was brought to the attention of the senior executives of our corporation. When they found out how the Postal Service responded, they were surprised and impressed. This is not something they are going to forget. They stated that they wanted to show their appreciation to Mr. Knight, and send him a check, a gift certificate or some other expression of appreciation.

While, Mr. Knight correctly refused these offers, I would like to take this opportunity to publicly thank Owen Knight for his assistance in this matter and for his display of professionalism which reflects well on all of us in the mailing community.

It is through the continuance of a partnership, based on these types of expectation of service, that we all can use the mail for our mutual success. And maybe someday, even overcome the inaccurate images set forth by the media.