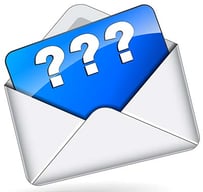 The 114th Congress failed to pass any postal reform legislation. Since 2010, President Obama was unable to get any of his nominees to the US Postal Service (USPS) Board of Governors approved by the Senate. That means the USPS is hampered by outdated ratemaking rules, product innovation restrictions and a lack of oversight.

The 115th Congress is now in session, with Republicans in control of both houses. On January 20, 2017, the 45th President of the United States, a Republican, will take the oath of office. Perhaps these changes represent an opportunity to break the logjam on postal issues and Board of Governor appointments. But perhaps not.
The USPS is a target for political hacks and a treasure for local districts. With every rate change, calls are renewed to privatize the post. Usually the “successes” of the European models of private posts are touted as examples to follow. These comparisons ignore that even with the new price of $0.49 for a First-Class stamp, mail in the United States is less expensive than our European counterparts, including the United Kingdom ($0.63), Germany ($0.74) and Switzerland ($0.98).

Most members of Congress recognize the impact of the USPS on their states and districts. It’s not a “Red State” or “Blue State” issue, but a constituent issue with common concerns impacting rural areas and large cities alike. During the last Congress, there were 142 bills or resolutions filed that focused on the USPS. Naming post offices and postal facilities was very important, with 87 bills entered on that subject. Of the 24 filings relating to stamps, many were resolutions to “express the sense” of Congress that a commemorative stamp be issued honoring a person or subject of importance to their constituents. (Note: Congress doesn’t choose what goes on a stamp, that’s the responsibility of the Citizen's Stamp Advisory Committee.)

The other 31 bills and resolutions deal with everything from honoring postal workers to ensuring compliance with the American with Disabilities Act to ceasing the closure of post offices. Some even dealt with actual postal reform. In the summer, one bill – the Postal Reform Act of 2016 (H.R.5714) – was passed by the House Oversight and Government Reform Committee with bipartisan support. It went nowhere from there.

With one party in control of both branches, one might assume it will be easier to get appointments approved and reform legislation passed. However, that’s not true. And on postal matters, also unlikely.

President Obama’s nominees to the Board of Governors were reported favorably out of committee. However, different senators at different times used a legislative tool known as a “hold” to block the nominations to come to the floor for a vote. The holds were filed in secret so it’s difficult to point fingers. However, sources have named Democrats, Republicans and an Independent senator as authors of the holds.

Given the current acrimony between the parties and the public opposition of some senators to the incoming President, the use of holds to block appointments will likely continue. The only difference may be senators deciding not to remain anonymous, but file the holds on the record.

Comprehensive postal reform faces a dimmer prospect of passing. A key component of H.R. 5714 was addressing the issue of retiree health benefits funding by automatic enrollment in Medicare Part A and B. This proposal is at odds with the public statements by the Speaker of the House to overhaul Medicare. Support for these changes don’t follow traditional party lines, creating more uncertainty. The Senate hasn’t had a committee vote on postal reform in years, with no foreseeable reason for that to change.

With no action by Congress, the USPS will continue to deliver the mail. The unions will renegotiate contracts. The Board of Governors will operate under the authority delegated to the Temporary Emergency Committee (TEC), which now includes only the Postmaster General and the Deputy Postmaster General.

And the $1 trillion print and mailing industry will continue to wait.