Planning for the 2015 Postage Rates 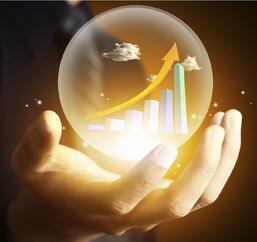 For most corporations, the budgeting process for 2015 has begun. Managers are calculating changes in volumes, adjustments to vendor contracts and requests for new equipment or software. One factor that’s difficult to estimate this year – postage rates.

Last December, the Postal Regulatory Commission (“PRC”) conditionally approved the US Postal Service’s (“USPS”) request for an exigent rate increase. That meant on January 26, 2014, postage rates increased an average of 6.0%.

In brief, the PRC determined that the USPS didn’t adequately break out losses due to electronic diversion from the losses due to the recession. The PRC analysis determined that the recession caused the loss of 25.3 billion pieces with a value of $2.8 billion. The exigent rate increase will stay in effect until the USPS recovers the $2.8 billion, with the additional requirement of reporting quarterly on revenues generated by the rate increase. Based on current estimates, that will occur in late 2015 – probably September or October.

Even while implementing the new rates, the USPS filed suit against the PRC, arguing that their calculations and reasoning didn’t properly include the rapid diversion due to the diversion of paper mail to electronic communications. On the same day, a group of mailers filed suit, stating that the PRC overestimated the impact of the recession, and that the USPS should have planned better for the loss of mail caused by the internet. (The cases are being heard concurrently in the United States Court of Appeals for the District of Columbia Circuit, and are USCA Case #14-1010 – USPS v. Postal Regulatory Commission, and USCA Case #14-1009 – Alliance of Nonprofit Mailers, et al., v. Postal Regulatory Commission.)

Oral arguments for the two cases are scheduled for September 9, 2014. It can be months after that before a decision is handed down. If the courts direct the PRC to reconsider the evidence, it will be more months before they make a ruling. Budgets will be finalized and 2015 spending will be taking place.

The USPS can file for a January 2015 rate increase based on the Consumer Price Index (“CPI”). For the 12 months ending in July, the annual rate of inflation is at 2%. Or, the USPS may hold off on that increase until the expiration of the exigent rate increase. In a filing before the PRC on August 26, 2014, the USPS made it clear it has not decided which route it will decide to take.

With all of these variables, how should a mailer budget for postage expenses in 2015? Our recommendation – budget for a 2% postage rate increase starting in January, 2015, and do not plan on the expiration of the exigent rate case until November 1, 2015. This advice is based on:
We don’t own a crystal ball, and no one can predict the future. But with the facts available today, it’s the most prudent budgeting advice for mailers to prepare for a January rate increase.