Senate Causes Crisis for US Postal Service: A Call to Action 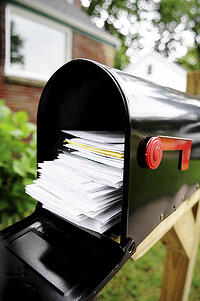 Last year, I wrote a letter to my United States Senators (Elizabeth Warren and Edward Markey) about the need for the Senate to confirm President Obama’s nominees to the U.S. Postal Service (“USPS”) Board of Governors. Senator Warren’s staff didn’t think that my letter warranted a response. One of Senator Markey’s aides called my office to share the senator’s support for this issue. He believed that some of the nominees would be confirmed during the “lame duck” session after the elections.

None of the nominees were confirmed. In fact, no votes were taken on the Senate floor.

The situation has only gotten worse. Due to term expirations, the Board of Governors was no longer going to have enough members to constitute a quorum for votes. Last December, using an astute parliamentary procedure, the Board of Governors created a “Temporary Emergency Committee” of the remaining governors. The committee would have all the powers of the entire Board until enough members were confirmed to reconstitute a regular quorum.

And the Senate continues not to act. The Committee on Homeland Security held hearings and confirmed the nominees in July. But there have been no votes on the Senate floor.

This December, two more governors – Ellen Williams and Louis J. Giuliano – will have to leave the Board. Their terms actually ended last year, and they’re currently in the “holdover year”. That will leave only one appointed governor on the Board. One.

It’s clear my letters didn’t have the impact needed to cause the Senate to confirm the appointees. We need more letters. We can’t rely on union leaders or industry lobbyists to raise this issue. We need to take action as individual voters and constituents.

There are over 500,000 employees of the USPS, and 8 million people who work in the mailing industry. If we each take the time to send a letter to our United States Senators, they will have to respond. If you don’t know how to contact your senator, you can find it on the Senate directory. Of course, if you mail the letter to their local office in your state, it will have even more impact.

Below is a template for the letter. Copy, paste, print and post. Add some personal comments of your own. If you can afford the extra $0.49, send a copy to your local newspaper or television station. Engage the media in our cause.

Together, we can demonstrate the power of mail and the importance of the U.S. Postal Service.

A recent study showed that the mailing industry employs over 8 million people in the United States, and contributes almost $1.2 trillion to the national economy. At the heart of that vital industry is the United States Postal Service (“USPS”).

The well-publicized financial struggles of the USPS are the result of a shift in mailing practices, an expanding number of delivery points due to a growing population, overpayments into the federal retiree system and an oppressive pre-payment requirement of future retiree health care costs. The last two problems can only be solved by an act of Congress. There’s been no indication of any solution that will be agreed to by both political parties.

The first two issues must be addressed by the USPS leadership. However, due to the inaction of the U.S. Senate, a significant part of that leadership is missing. As of today, there are 6 vacancies on the 9-member Board of Governors of the USPS. The terms of 2 additional governors will expire on December 31, 2015. That will leave one appointed governor. One.

President Obama has nominated competent individuals for these positions, 3 Republicans and 3 Democrats. Two of the Republicans are men who served as members of the Board under President Bush. There’s been no public opposition to any of the nominees. However, there’s been no vote taken to confirm them.

The current nominees, and the months they were originally nominated are:

Mr. Miller and Mr. Crawford were both nominated over three years ago, and have testified three times before the Senate Homeland Security and Governmental Affairs Committee.

All of the nominations have been reported favorably by the committee in July, 2015, but there has been no vote taken on the Senate floor.

It’s time for the Senate to get to work and stop this unnecessary crisis. It’s essential that you publicly call for the Senate leadership to hold a vote on the nominees. If there’s an issue with any of the nominees, then those matters should be made known to the public. If there are no issues, then a confirmation vote should be held as soon as possible.

The citizens of this country deserve to have a full Board of Governors for the USPS – one of the oldest and most trusted government institutions.

We need you to take action.