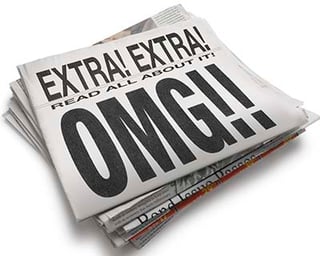 This bill is very similar to legislation in the House – H.R. 756 – also known as the “Postal Reform Act of 2017.” The highlights of the Senate bill include:

In an interesting legislative move, the sponsors invoked a Senate rule to allow the bill to bypass the committee approval process and go directly to the Senate floor for a vote.

Directly to the Senate floor for a vote? Does this mean mailers and the USPS may see real legislative postal reform in the near future?

If the past is prelude, probably not. While the House bill now has 17 co-sponsors and was passed by the Committee on Oversight and Government affairs over a year ago, there’s been no other action. The President nominated 3 individuals to the USPS Board of Governors in October, but the Senate Committee on Homeland Security (of which Senator McCaskill is the ranking member) hasn’t held any hearings for the nominees.

Furthermore, both bills rely upon adding USPS retirees to the Medicare rolls. The Speaker of the House has made it clear that he supports cuts to the Medicare budget. It will be difficult to reconcile increasing the number of people covered while reducing the money available. And it’s shaping up to be a very contentious election year.

The good news is that filing this bill puts postal reform in the news – for a while. However unlikely, perhaps this legislation will generate enough public interest to put pressure on Congress to do something.