The Underwhelming Postal Reform Act of 2022 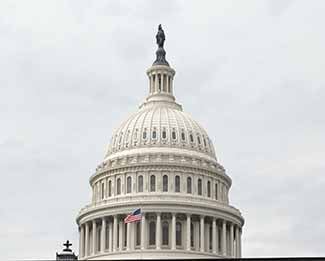 On March 8, 2022, the Senate Passed HR 3076 – “The Postal Reform Act of 2022”. This is an important law that will address several issues affecting the US Postal Service (USPS). However, no matter how this law is promoted, it isn’t comprehensive reform, and it doesn’t overhaul the USPS.

The changes in health benefits are estimated to save the USPS approximately $50 billion over the next decade. There are complaints that this moves the burden to the taxpayers. It’s important to note that USPS employees pay into the Medicare fund today. Also, the Congressional Budget Office estimates that with the additional purchasing power, the US government may save $1.5 billion on pharmaceutical spend.

The “non-postal products” section has an extremely limited scope. Providing additional access points for government services will provide some benefit to the participating agencies and the general public. It will have minimal impact on the USPS budget.

An “integrated package and mail services network” sounds innocuous. In actuality, it means the revenue from First-Class Mail and USPS Marketing Mail will continue to subsidize package deliveries. And the USPS intends to raise the rates for the former classes twice a year. Even with these subsidies keeping prices low, the USPS lost package market share during the 2021 Holiday Peak season.

The requirement for greater transparency should be a benefit for the public and mailers. However, the existing reports from the USPS only include what is known as “mail in measurement” and excludes any mail that wasn’t scanned upon entry. The USPS already publishes reports that are accessible to the public. Depending upon the actual service your mail – or your home – receives, the numbers may be meaningless.

And there’s no remedy for deficient performance. The USPS can continue to not meet their service goals – even the new, slower delivery times – and no one is held accountable.

There are only two sets of winners with these bills – politicians running for reelection in 2022, and the USPS leadership. Democrats and Republicans can claim that they have worked with their “colleagues across the aisle” to pass a bipartisan bill that reforms the USPS and save it from bankruptcy. Bipartisanship is to be celebrated. Even small steps like this bill.

The USPS leadership, including the Board of Governors, Postmaster General (PMG) DeJoy and the senior management team have real reason to celebrate. The passage of this bill is a key part of their 10-year plan – “Delivering for America”. As PMG DeJoy as stated multiple times, the plan was reliant upon repealing the retiree health benefit pre-funding mandate and maximizing future retiree participation in Medicare. This bill provides both.

In addition to the integrated network section, the language around selecting transportation methods comes directly from the USPS playbook. Specifically, the bill changes two key phrases. First, it changes “prompt and economical” to “prompt, economical, consistent and reliable”. Then it adds the words “in a manner that increases operational efficiency and reduces complexity”.

These changes are in line with the USPS argument for moving mail by truck and not planes. Apparently, the century old practice of putting mail on planes is now complex. And the word “prompt” loses all meaning, as the USPS is almost doubling the time it takes mail to move across the country. However, the USPS now has legal cover as it continues to degrade the value of physical mail.

The elimination of the prefunding requirement and the migration of postal retirees to Medicare were important, necessary changes. With the passage of this underwhelming bill, those problems are resolved. 16 years after Congress created them.

However, by eliminating those issues, Congress has removed any urgency for substantially reforming the USPS. There’s no strengthening of the postal regulator, no accountability, and no expansion into new commerce areas. Most importantly, the Universal Service Obligation remains undefined.

Can we wait another 16 years?