US Postal Workers: They Also Serve 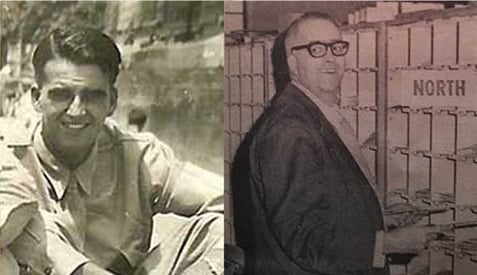 Using maps generated by the GPS devices used by letter carriers, he was able to show delivery status before Hurricane Michael hit, and then the progress made during the recovery. Despite the damage to buildings, roads and vehicles by the storm, within 2 weeks, most post offices were open, and most routes were being serviced. This included a significant increase in the volumes of packages, as people were placing more orders online because local shops were still closed. Prepositioning of generators and relocating sorting equipment from other parts of the country, were essential components to their success.

The devastation of the California wildfires and the aftermath is ongoing. Between 80% and 90% of the cities of Paradise and Magalia have been destroyed. The current death toll is at 88, and many people are still reported missing. Mr. Williams shared that 61 postal workers lost their homes. There are 11 more postal employees who evacuated safely, but don’t know what happened to their houses, as their neighborhoods are off limits to non-emergency workers.

Even while facing those challenges, even while living in tents and other temporary shelters, the impacted USPS employees are coming to work. Dozens of postmasters from around the country have volunteered to assist with operations. Letters and packages are being rerouted and people are still getting their mail.

For people who are part of the mailing industry, we know that this how the USPS responds in times of disaster. While hurricanes and wildfires make the national news, there are similar events occurring all over the country. Local flooding, gas main leaks, train fires, and other problems significantly impact communities. In the midst if those calamities, the USPS continues to deliver the mail.

The USPS has over 500,000 career employees and about 100,000 non-career employees. The more than 300,000 letter carriers delivering the mail to homes and businesses are a ubiquitous part of our environment. Too often, we take their presence for granted. We should remember that they wear the uniform of the United States government, and that they serve the public.

Many of these workers also wore the uniforms of our armed forces. More than 20% of USPS employees are veterans. Their service continues.

In most articles and editorials about legislative postal reform, the emphasis is about the financial challenges facing the USPS. Just as important is the mission of the USPS as defined by law:

“The Postal Service shall have as its basic function the obligation to provide postal services to bind the Nation together through the personal, educational, literary, and business correspondence of the people. It shall provide prompt, reliable, and efficient services to patrons in all areas and shall render postal services to all communities.”

Companies may shutter their stores, but one of 31,600 USPS retail locations will continue to service the public. The internet and cell phones may deliver messages faster, but they can’t get you a package. During difficult times, the USPS provides a sense of normalcy when it’s needed most. The USPS mission remains relevant today and will continue into the future.

Fulfilling that mission will be the rank and file USPS employees serving their country.