What’s the Cost of the Universal Service Obligation? 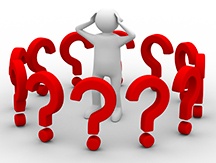 On December 10, 2020, The Postal regulatory Commission issued Order Number 5777, requesting comment on Docket No. PI2021-1: Public Inquiry on the Universal Service Obligation Valuation Methodology. The Berkshire Company submitted the following document in response to the PRC.

The Universal Service Obligation (USO) is the vaguely defined responsibility of the US Postal Service (USPS) to provide consistent service at affordable rates to all citizens irrespective of geography. The current methodology for determining the cost of the USO was last reviewed in 2008. Under this order, the “Commission seeks to determine whether all of the assumptions underlying that methodology remain valid in light of changed conditions in the intervening twelve years”.

Due to the pandemic, online shopping grew approximately 44%, meaning a corresponding growth in parcel deliveries. Every carrier was impacted, but only one carrier delivers to every address – the USPS.

During the recent holiday peak season, over 3 billion packages were handled by the major carriers. Both UPS and FedEx put volume restrictions on existing and new customers. The USPS could not.

The resulting volumes, combined with the pandemic and other issues, created backlogs at major processing and distribution centers. Embargoes on drop shipments mail were established in the highest impacted areas. Service levels declined to the lowest levels in decades.

While almost all packages are mailed as competitive rates, there is a direct impact to letter mail and other market dominant products. Also, as the Commission stated in the 2008, all products are covered by the USO (2008 report, page 182).

The marked change to be considered is the required level of service. Essential household items, plus prescription medicines, are now being ordered online. During the current pandemic – and in potential future pandemics – online orders, with delivery by the USPS, may be the only option for many households.

The Commission should consider what is the cost of providing “reliable and efficient” deliveries of these packages. Unlike their competitors, the USPS can’t turn away customers nor refuse delivery to certain addresses. However, their pricing must remain low enough to attract the business away from other carriers. That delta should be considered as part of the USO costs.

During the 2020 election, approximately 46% of voters received and submitted their ballots by mail. This trend will continue to grow as states adopt vote-by-mail systems.

While the USPS performed admirably by most measurements, that performance came at a cost. Twelve lawsuits were filed against the President, Postmaster General and the USPS regarding service and postage rates.

Additionally, in several cases, the court ordered daily reporting from the USPS to demonstrate that all ballots had been processed (e.g., see Jones et al vs. USPS, and Richardson et al v. Trump). Daily sweeps at plants and post offices were recorded, submitted, tabulated and published.

It is reasonable to expect similar requirements in future elections, whether codified by Congress or ordered by the Courts.

When calculating the USO costs, the Commission should include the costs for accepting ballots at USPS Marketing Mail rates with enhanced service levels, and the costs of the additional reporting.