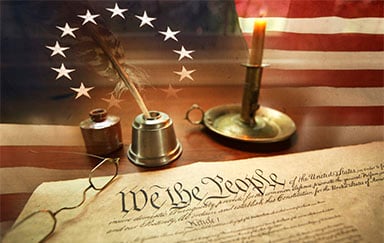 In last month’s post, we reviewed the lack of real reform in the “Postal Service Reform Act of 2022”. While the bill does address some financial issues, it falls short of introducing meaningful change to the US Postal Service (USPS).

A common reply to the post has been, “What would you consider ‘real’ reform?”

That’s a good question, and one that will be answered in three parts. Part One will cover governance and accountability, and Part Two will address universal service and the final part will discuss future services the USPS may provide.
The modern USPS has been shaped by three major legislative actions:

The Postal Reorganization Act of 1970 replaced the United States Post Office Department, which was part of the President’s Cabinet, with the United States Postal Service. The intent was to create a self-funding USPS, replace political oversight with a Board of Governors, while maintaining an official monopoly on the delivery of mail. A Postal Rate Commission would review and approve any rate increases.

It’s worth reviewing the first paragraph of the Act:

The PAEA of 2006 expanded the number of Governors, tied postage increases to one of the indices for inflation, and required the USPS pre-fund the health benefits for future retirees. It also transformed the Postal Rate Commission into the Postal Regulatory Commission (PRC), with minor additional oversight.

The most recent legislation eliminated the prepayment requirement, required future retirees to enroll in Medicare, and stipulated that mail must be delivered 6 days a week. And little else.

The first step to meaningful reform is a return to accountability. With any government service, unless laws are broken, that means political accountability. Accountability matters. The USPS hasn’t met service level targets for years. Recently, they lowered the service levels, and are failing to even meet those. The PRC is toothless on matters of service, and may only report and advise.

The Board of Governors continues to praise USPS management, and holds no one accountable for the poor service. Some individual governors have expressed concerns – today and in the past – but the Board as a whole has never taken meaningful action in terms of accountability. Additionally, any Board meetings around policy and rates are held in private. No minutes and no votes are published. There is no accountability.

The rules governing the reasons for closing a post office are designed to protect the legal requirement that the USPS “shall render postal services to all communities”. To protect the employees and patrons, the USPS is allowed to suspend service for safety reasons. However, according to a chart published by Save the Post Office, there are about 450 post offices with service suspended. Over a fifth of these suspensions happened more than a decade ago, with 2 offices being suspended since the 1980s. Those aren’t suspensions, those are closures by default. The list keeps growing. There is no accountability.

Reform #1 – Return the Postmaster General (PMG) to a cabinet-level position and eliminate the Board of Governors.

The most common criticism of this proposal is that the current system removed political influence from the management of the USPS. That’s blatantly untrue. The last two appointments from outside the USPS – Marvin Runyon and Louis DeJoy – took place during Republican Administrations. And Runyon and DeJoy were prominent Republicans at the time of their appointments.

Further, during the Obama administration, not a single one of his nominees to the Board of Governors received a vote by the complete Senate. When in power, the Republicans just refused to hold a vote. When not in power, the Republicans, aided by one of the independent senators, used procedural rules to block votes. At one point, there were no governors – and the general public didn’t even notice.

Like the director of the FBI or the Chairman of the Joint Chiefs of Staff, the term for the Postmaster General could overlap administrations. The Senate would hold confirmation hearings and votes like every other cabinet level position. As with the FBI and the Joint Chiefs, the President would have limited authority to fire the PMG.

However, “limited authority” doesn’t mean “no authority”. When management ignores the law, or attempts to skirt it through bureaucratic workarounds, there would be grounds for removal. As with other cabinet-level appointees, Congress would have the power to impeach the PMG. Accountability would begin to be restored.

The PRC would have their roles enhanced. Rate approvals would no longer be rubber stamps. The CPI rule would be a limit, not a default increase amount. If the USPS failed to meet service targets, then rate increases would be denied. Proposed changes in service levels would require PRC approval – not a mere advisory opinion.

Without facing recourse for actions, there is no accountability. This is true in every organization – public and private. For the government agency that is tasked with providing service to every American, accountability must be at the forefront of any reform.

In Part Two, we will review what services the USPS provides the public – and how to pay for those services.