Last week, the House Oversight and Government Reform Committee (“Committee”) released the draft Postal Reform Act of 2016. The draft bill has already received praise and criticism by the postal community. Both fans and critics of the U.S. Postal Service (“USPS”) will find parts of the bill to support and oppose.

For people without the time to read the complete 188-page bill, the Committee has published a 4-page summary of the major provisions. Several key aspects of the bill: 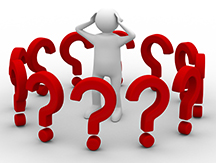 A popular saying is that a good political compromise leaves all parties unhappy. This bill represents compromises on many different positions. It addresses the onerous prefunding retiree health benefits requirements, but includes an unpopular move to mandatory Medicare. It recognizes that the USPS has overpaid into the pension fund, but requires yet another study and prorates the reimbursement over 30 years. It raises postage rates, but by only half the amount USPS leadership had requested. Plenty of ideas for plenty of people to be unhappy about.

It’s now 18 months into the 144th Congress, and less than 5 months before the next election. Unlike the last time postal reform was passed in 2006, there’s a presidential election this year. In the Senate, the Improving Postal Operations, Service and Transparency Act of 2015 (iPOST), introduced by Senator Carper (D-DE) last September, hasn’t even received a committee hearing.

What’s different about this new bill isn’t just that it has bipartisan support, but who the supporters are. The Republican sponsors include Representatives Jason Chaffetz (R-UT) and Mark Meadows (R-NC), along with Democrats Elijah Cummings (D-MD), Gerry Connolly (D-VA), and Stephen Lynch (D-MA). These congressmen are leaders in their respective parties with strong support from varied constituent bases.

Of course, this is only the draft of a bill that won’t officially be filed for 2 weeks. And that’s before amendments begin to be added. The House begins a 7-week recess on July 15. Election Day is Tuesday, November 8. The Senate still hasn’t confirmed any of President Obama’s nominees to the current USPS Board of Governors.

With this bill, Congress has the opportunity to fix the mistakes made a decade ago, and restore the financial stability of the USPS.

But will that happen?