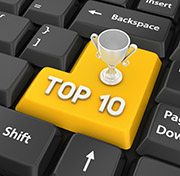 This has been an interesting year for the print and mail industry. The US Postal Service (“USPS”) has rebounded, with Commercial First Class and Standard Mail volumes remaining steady. Congress didn’t pass a postal reform bill, and didn’t confirm President Obama’s nominees to the USPS Board of Governors. And for the first time in almost a decade, postage rates won’t be rising in January 2015.

This blog has been our way of bringing you these updates, as well as starting discussions on other topics – from quality control to motivating employees to managing multiple sites. Some topics have generated a lot of interest, while others not as much. In each instance, we appreciated the feedback on our website and in the LinkedIn Groups.

Planning for the 2015 Postage Rates
With the facts available in August, it’s the most prudent budgeting advice for mailers to prepare for a 2015 USPS postage rate increase.

First-Class Mail Volumes: Facts and Fiction
The drop in First-Class Mail volume is significant, but the rate of decline has slowed considerably. Physical mail remains a critical link between businesses and their customers.

A Letter to My Senators – A Response
A few weeks ago I posted a copy of the letter I sent to my two United States Senators. I actually received a response from one of them.

Quality Control – Survey Results
Several weeks ago, we published an anonymous 8-question survey on quality control in print and mail operations. Here are the results.

Postal Reform: No Hope in Sight
Is there any hope for comprehensive postal reform in the near future?

Preparing for the US Postal Service 2014 Rate Increase
On January 26, 2014, the new postage rates went into effect, and mailers needed to take action to be properly prepared for the new rates.

Knowing Your Process
After you've documented the existing process, you can begin the work of identifying and introducing improvements.

Metrics Matter in Print and Mail
Establishing a system to measure print and mail production takes time, and is critical to success.