Tough First Quarter for the US Postal Service: A Closer Look 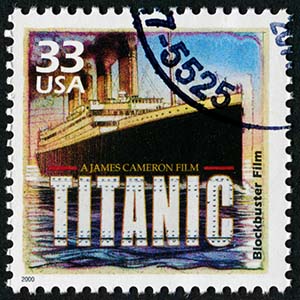 On February 9, 2018, The U.S. Postal Service (USPS) released the financial results for the first quarter of their fiscal year (October 1, 2017 to December 31, 2017). No one anticipated good news, but the numbers were worse than expected. The USPS posted a net loss for the first quarter of $540 million, compared to net income of $1.4 billion, for the same period last year. The first quarter is usually the strongest quarter with the added volumes of shipping and mailing for the holidays.

The bad news – the volumes and revenues from Market Dominant products were significantly lower than the previous year. Single-piece letter volumes were down 5.7%, which is consistent with the overall trends of 2017. Presort letters saw a 3.4% decrease, which represents a slightly higher rate of decline. The sharpest decrease was for flats – 8.8% decline.

USPS Marketing Mail (still shown on the USPS report as “Standard Mail”) fared even worse. Letters declined by 4.6%, Flats by 38.1%, and Parcels by 18.7%. Ominous numbers indeed.

One factor often overlooked in other articles about the declining volumes, is the impact of 2016 being an election year. There was a 4% gain in volumes during October and November 2016. This included campaign mail that was sent as both First-Class and Marketing Mail, as well as ballots (First-Class Mail). So, the rate of decline in letter mail is consistent. It’s a problem, not a crisis.

However, the significant drop in flats represents a more disturbing trend. In FY2017, First-Class and Marketing Mail flats declined 7.9% and 21.6% respectively. The rates of decline have increased in both classes and will probably continue to do so. One reason is the success of the “3 ounces for the price of 1” rate for automated letters that took effect in 2017. To take advantage of the savings, mailers redesigned flat pieces to fit into 6” x 9” envelopes. The program has been successful – perhaps more than the USPS anticipated.

Of course, there’s also a steady decline in the volumes of catalogs and other promotional mailings. While there’s evidence that physical mail helps improve online sales, corporations have moved their marketing dollars elsewhere. And those dollars won’t be coming back. Not a crisis, but a critical factor.

The additional charges for the retirement fund and mandated prefunding of future retiree healthcare further exacerbates the financial situation. However, those issues are out of the control of the Postmaster General and her management team. Any changes would require Congress to pass postal reform legislation – during an election year. And the Senate hasn’t even scheduled any hearings for the presidential nominees to the Board of Governors. Mailers shouldn’t expect any immediate relief from Congress.